Thanks, Jim, for 39 fruitful years of service to our company and our team! 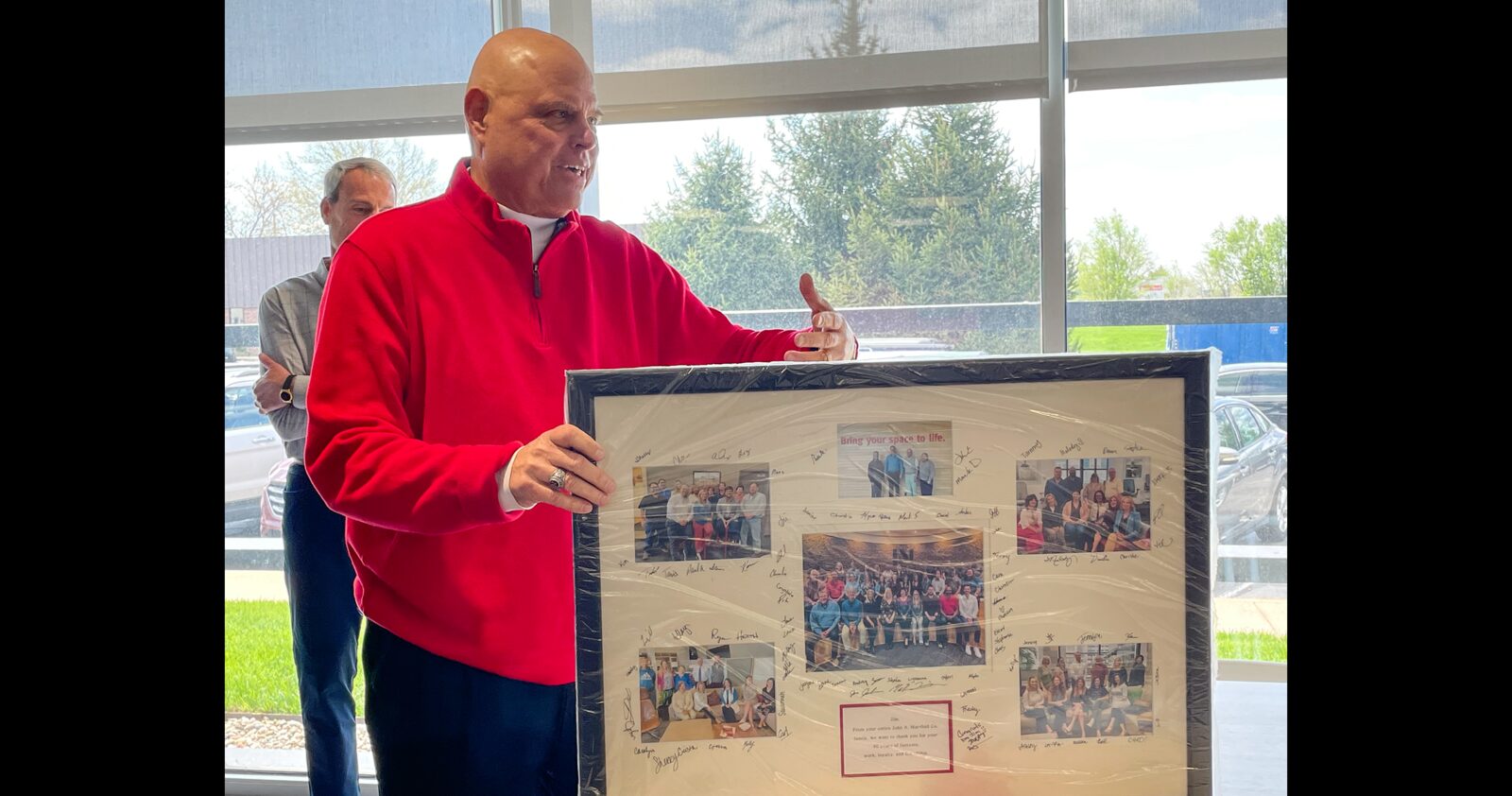 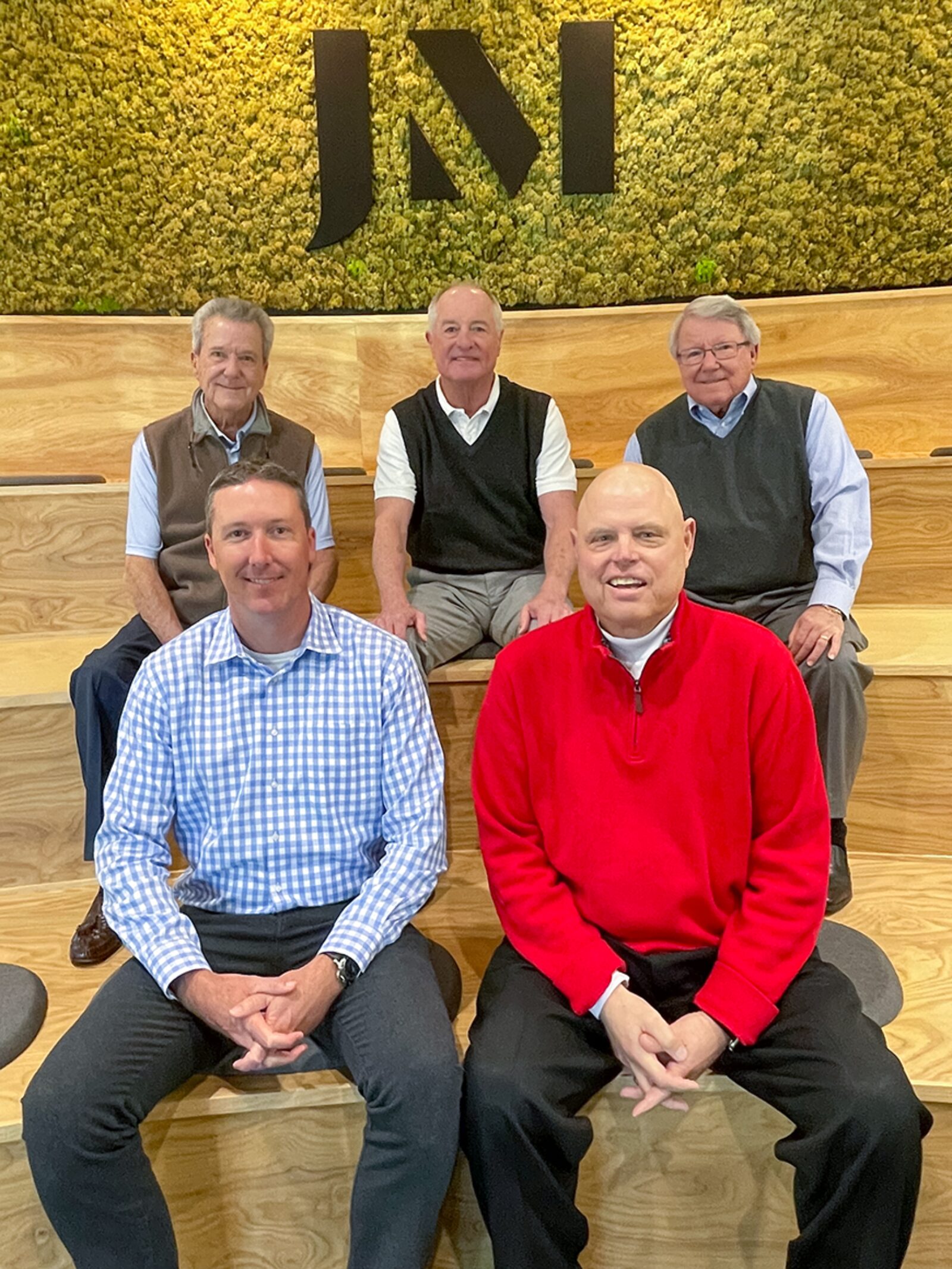 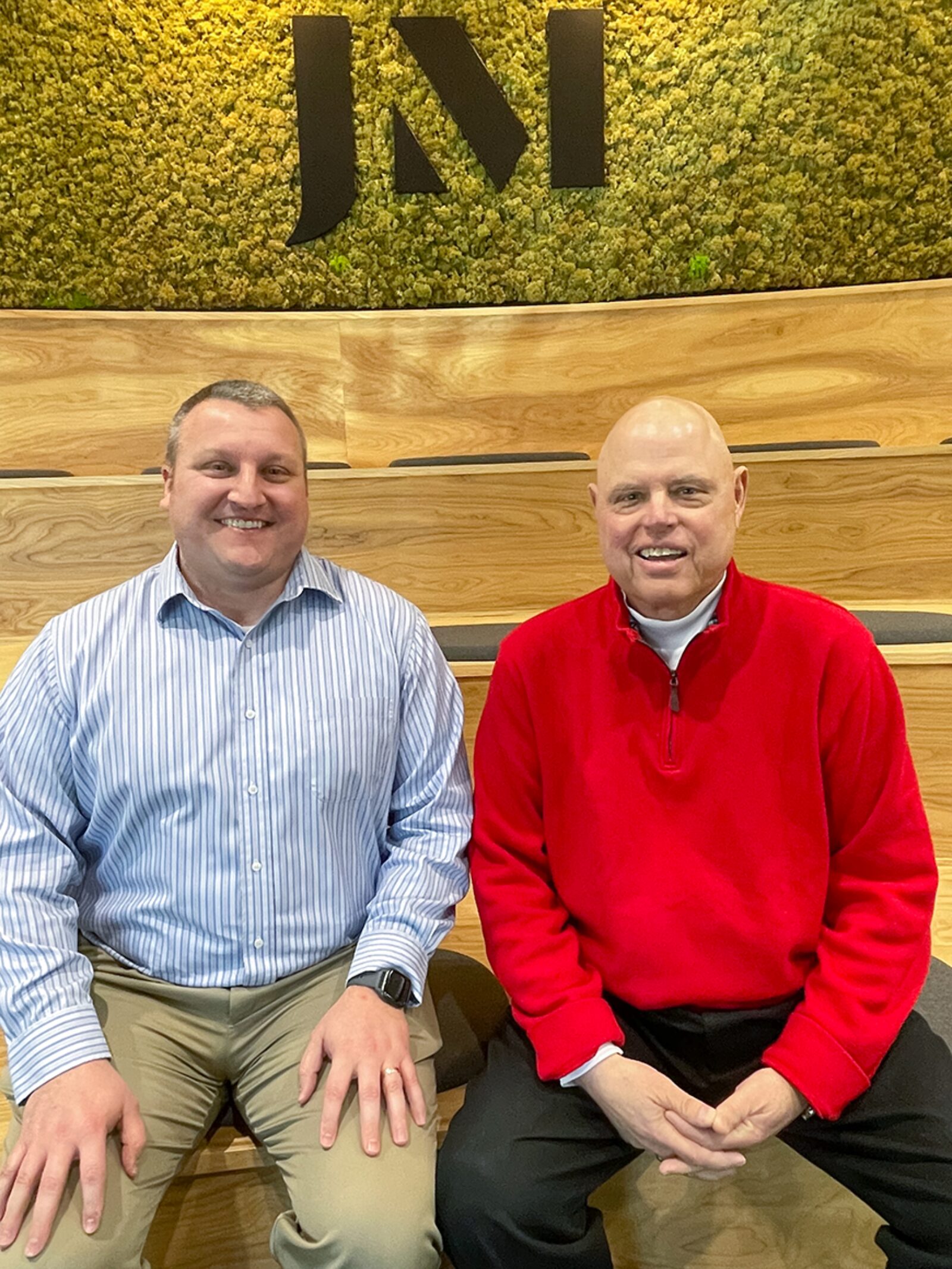 Jim with his successor, Bill Evans 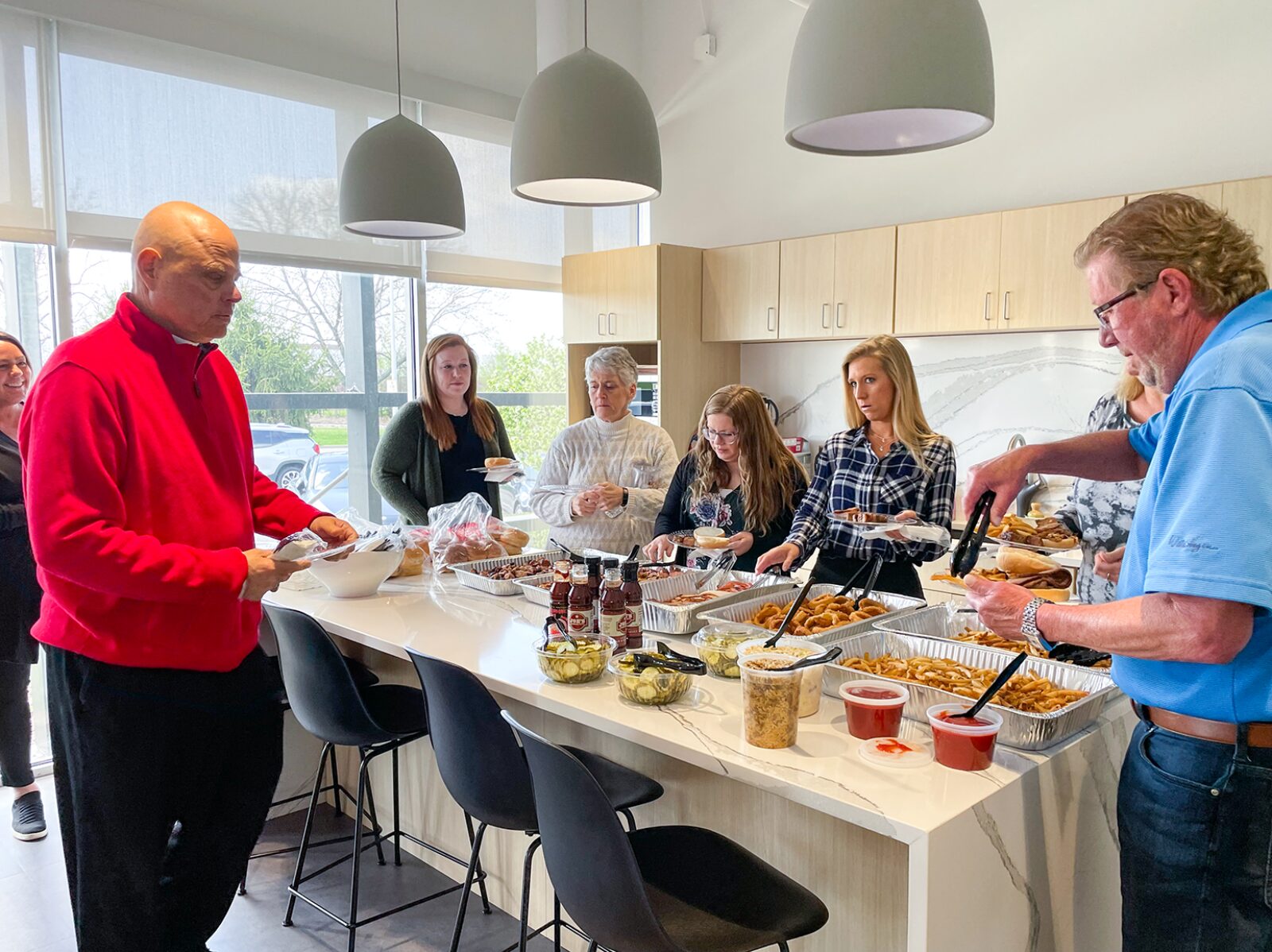 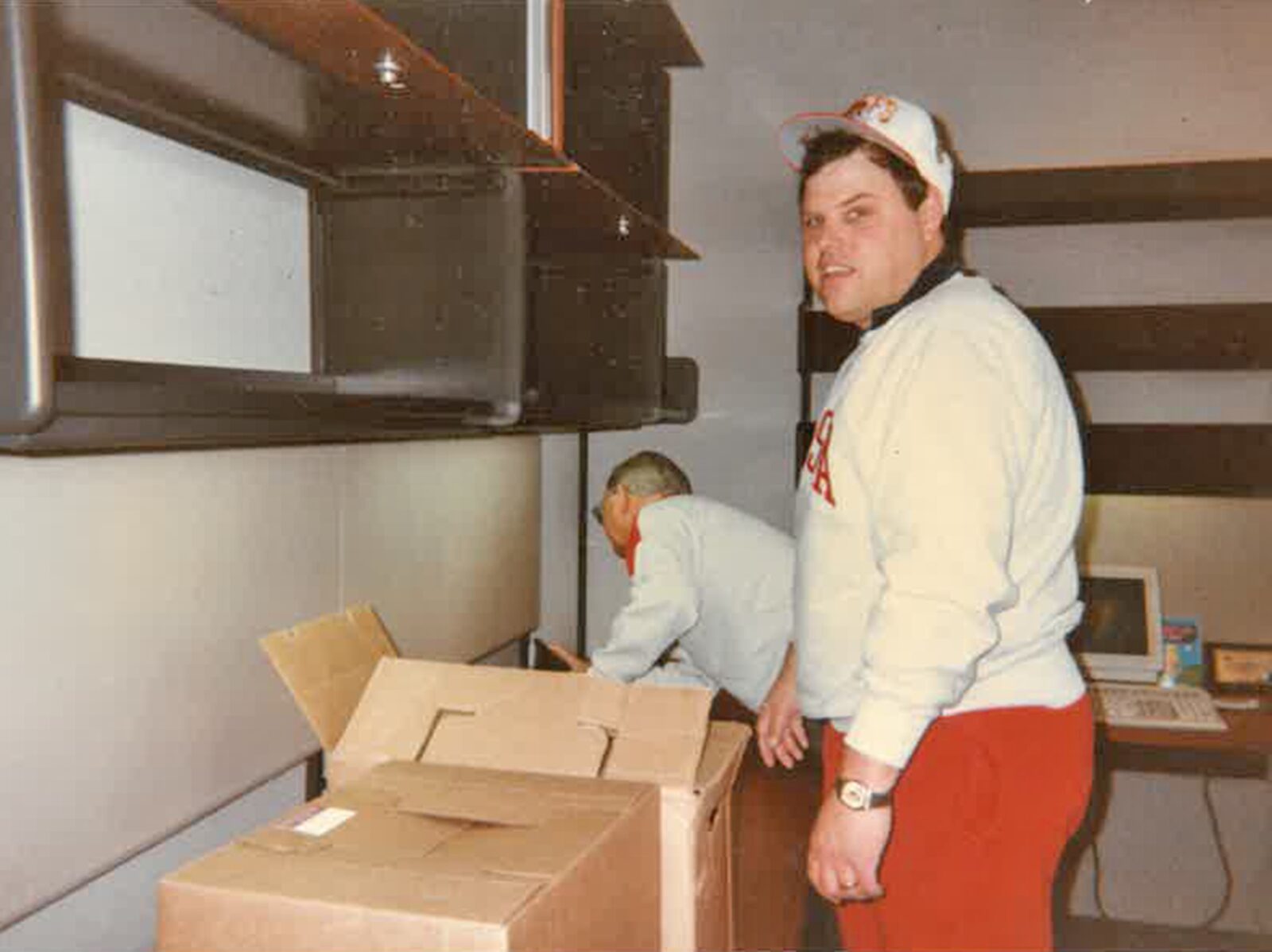 Jim moving into his Lenexa office (1996) 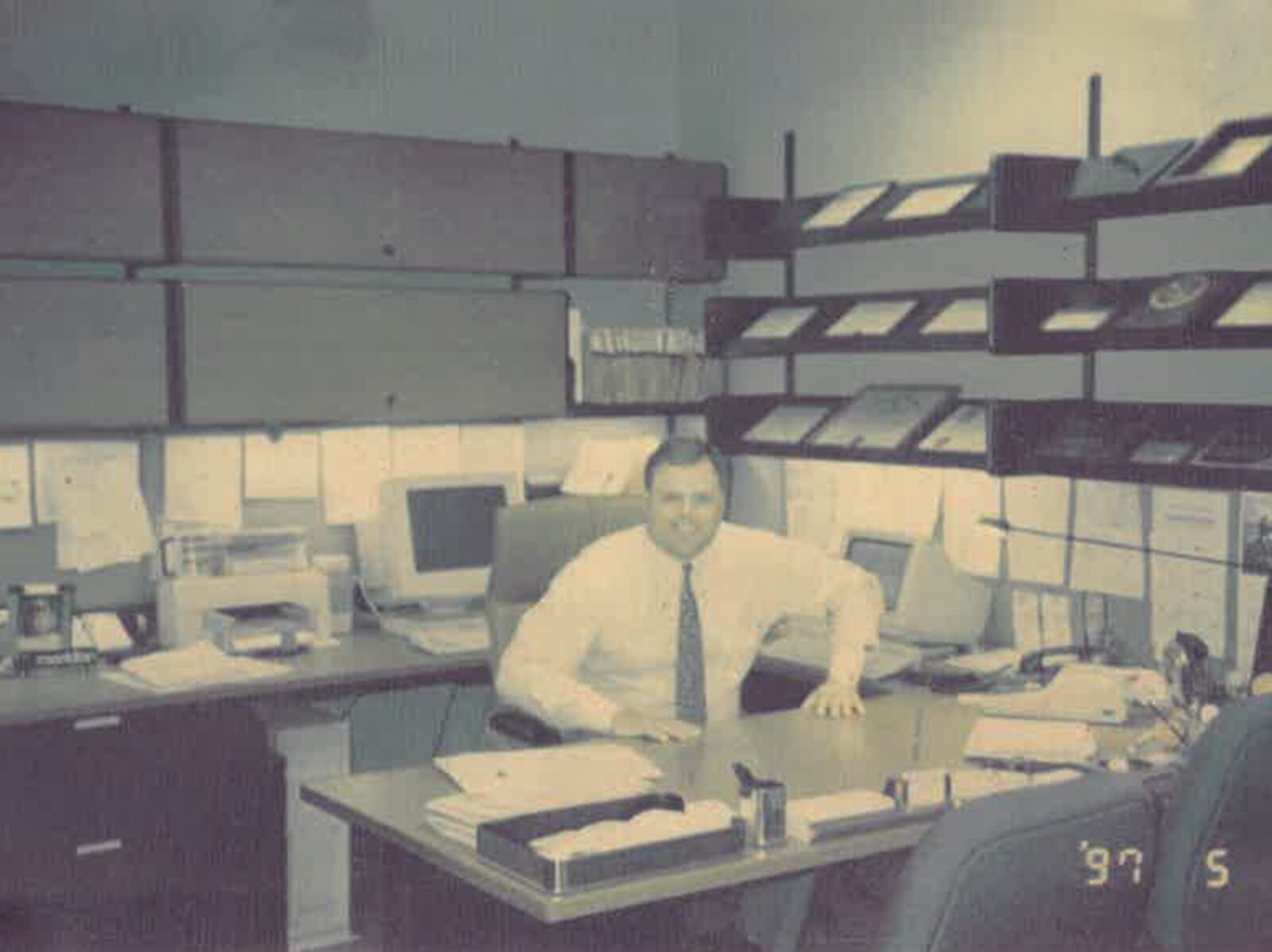 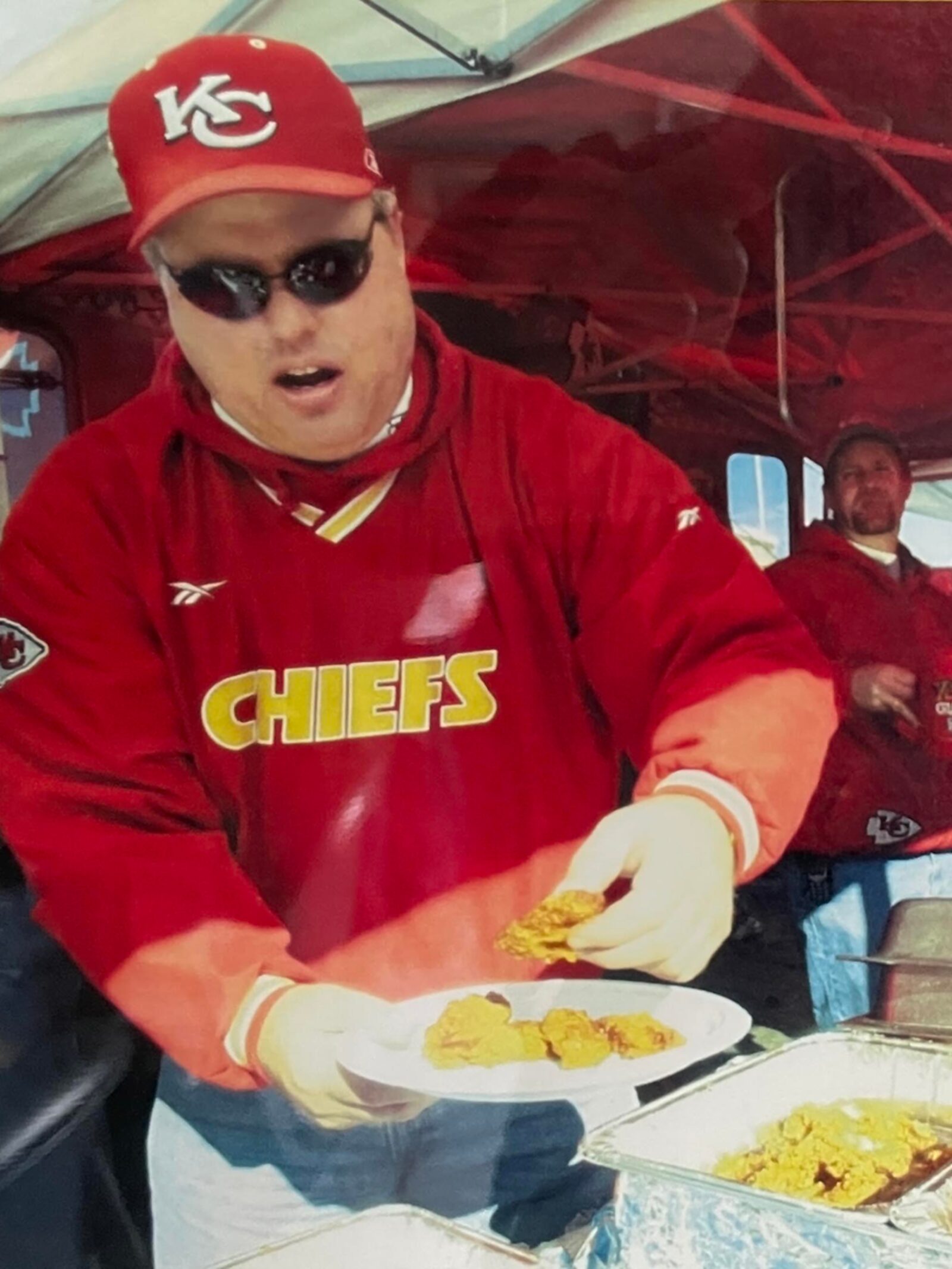 Jim's a huge fan of the Kansas City Chiefs 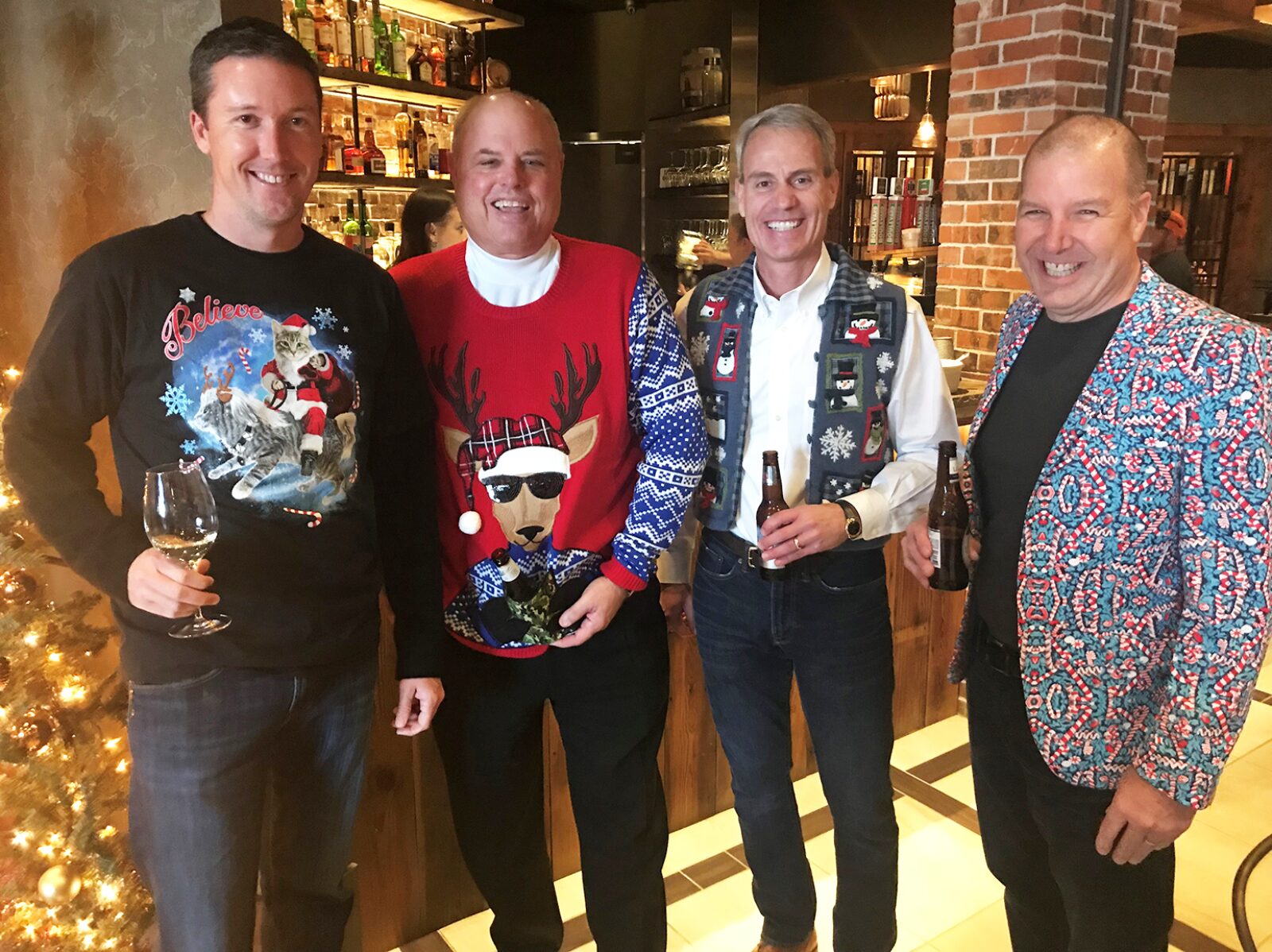 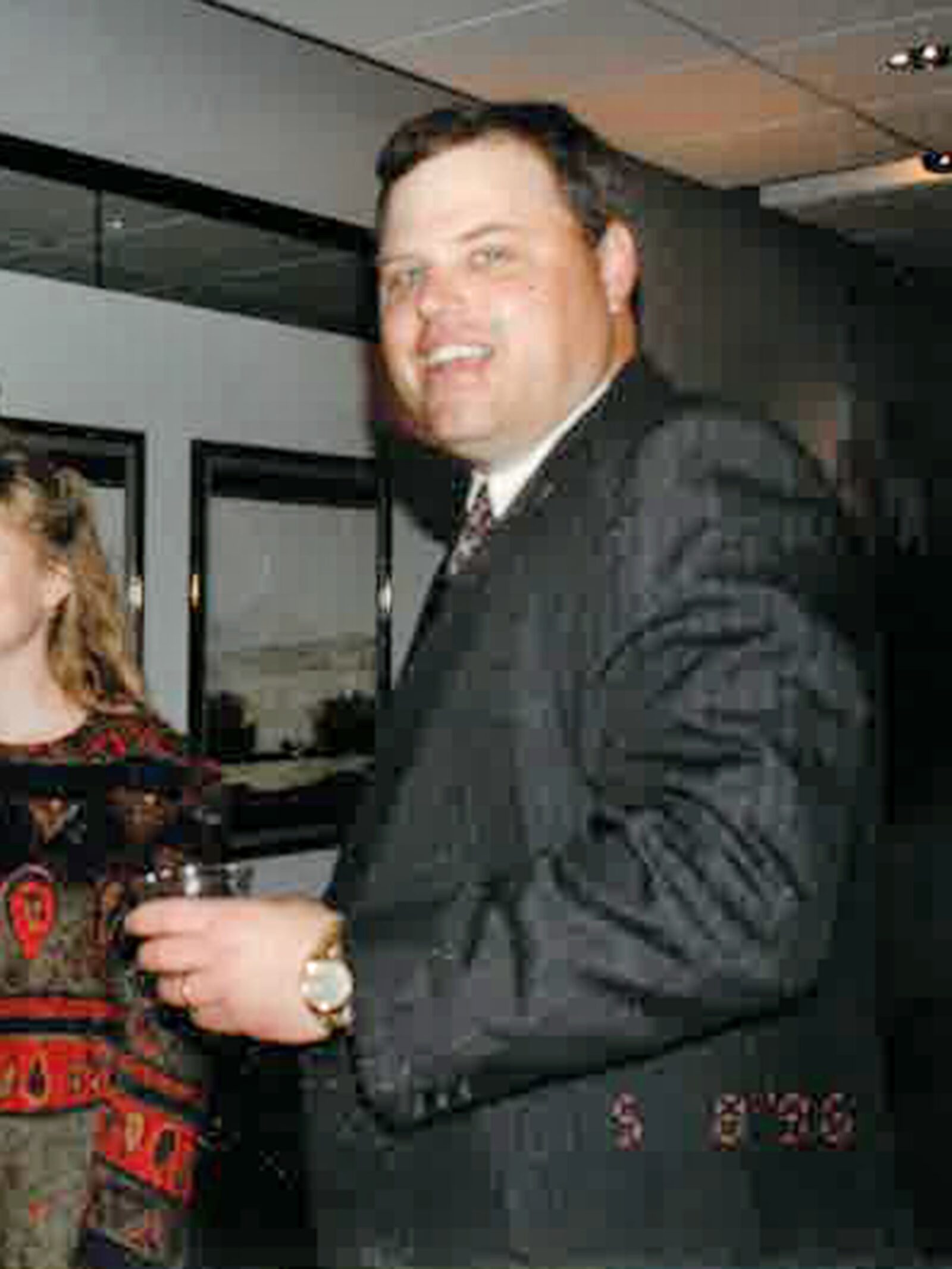 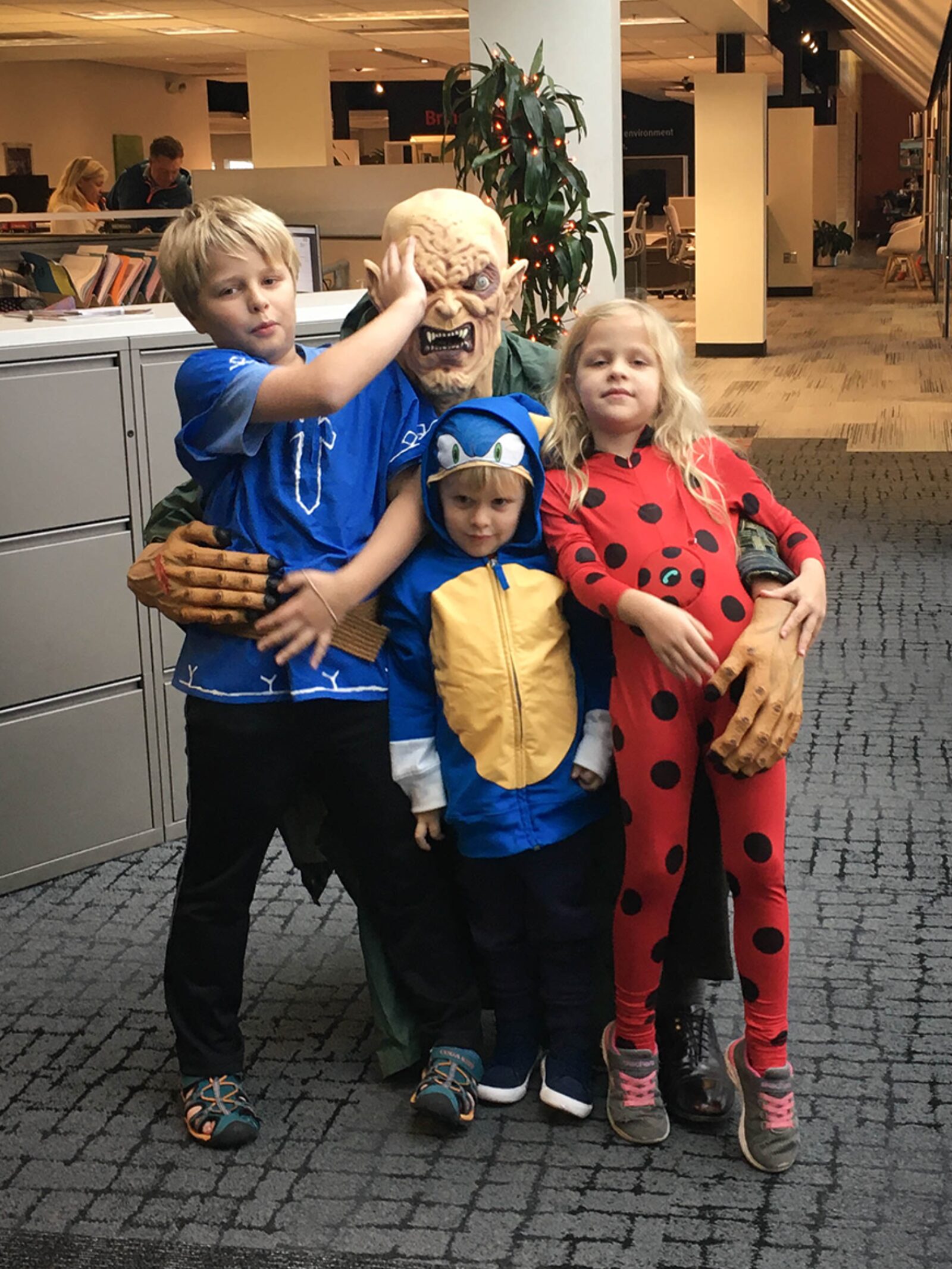 Jim LOVES dressing up in scary costumes every Halloween 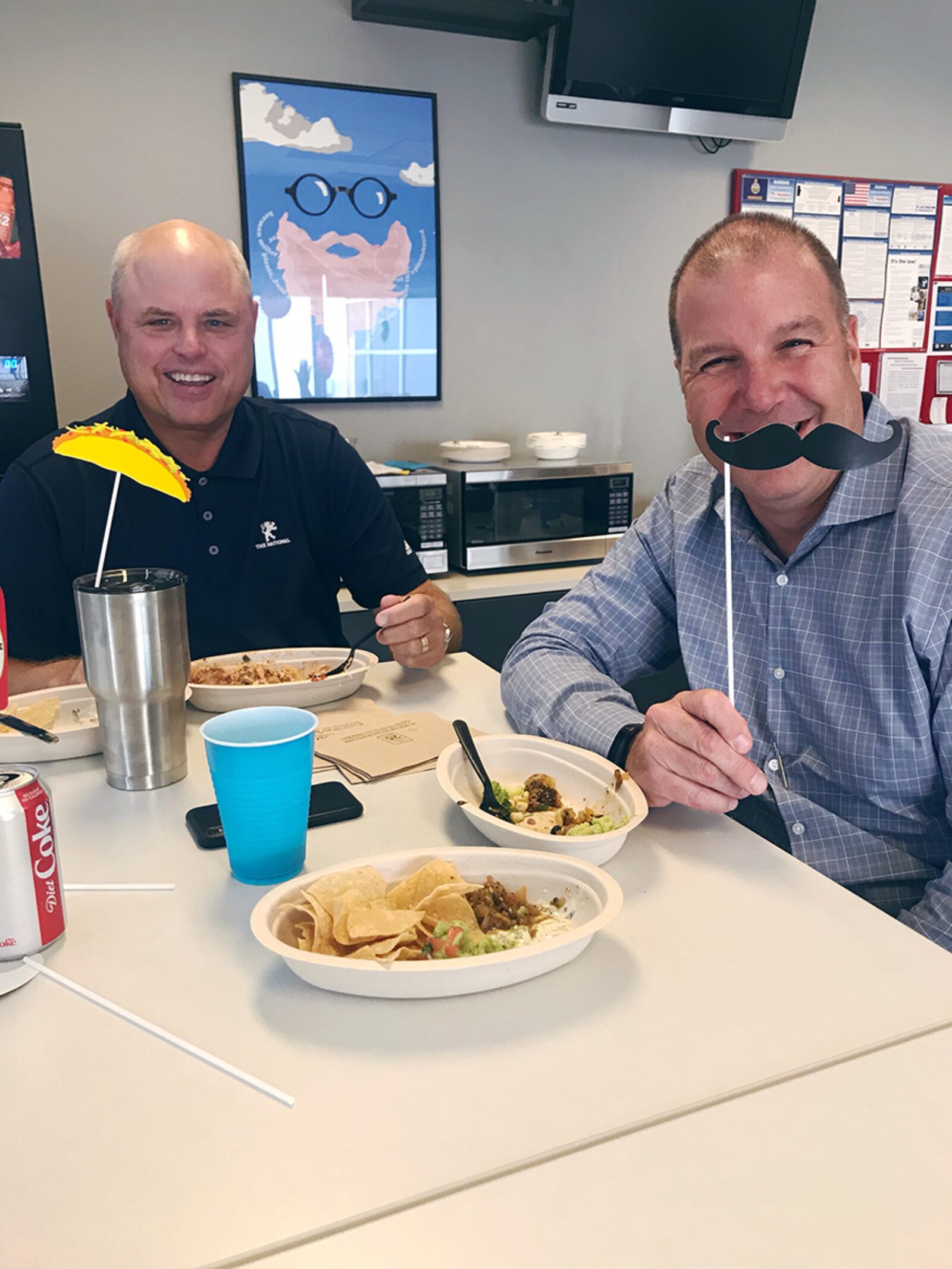 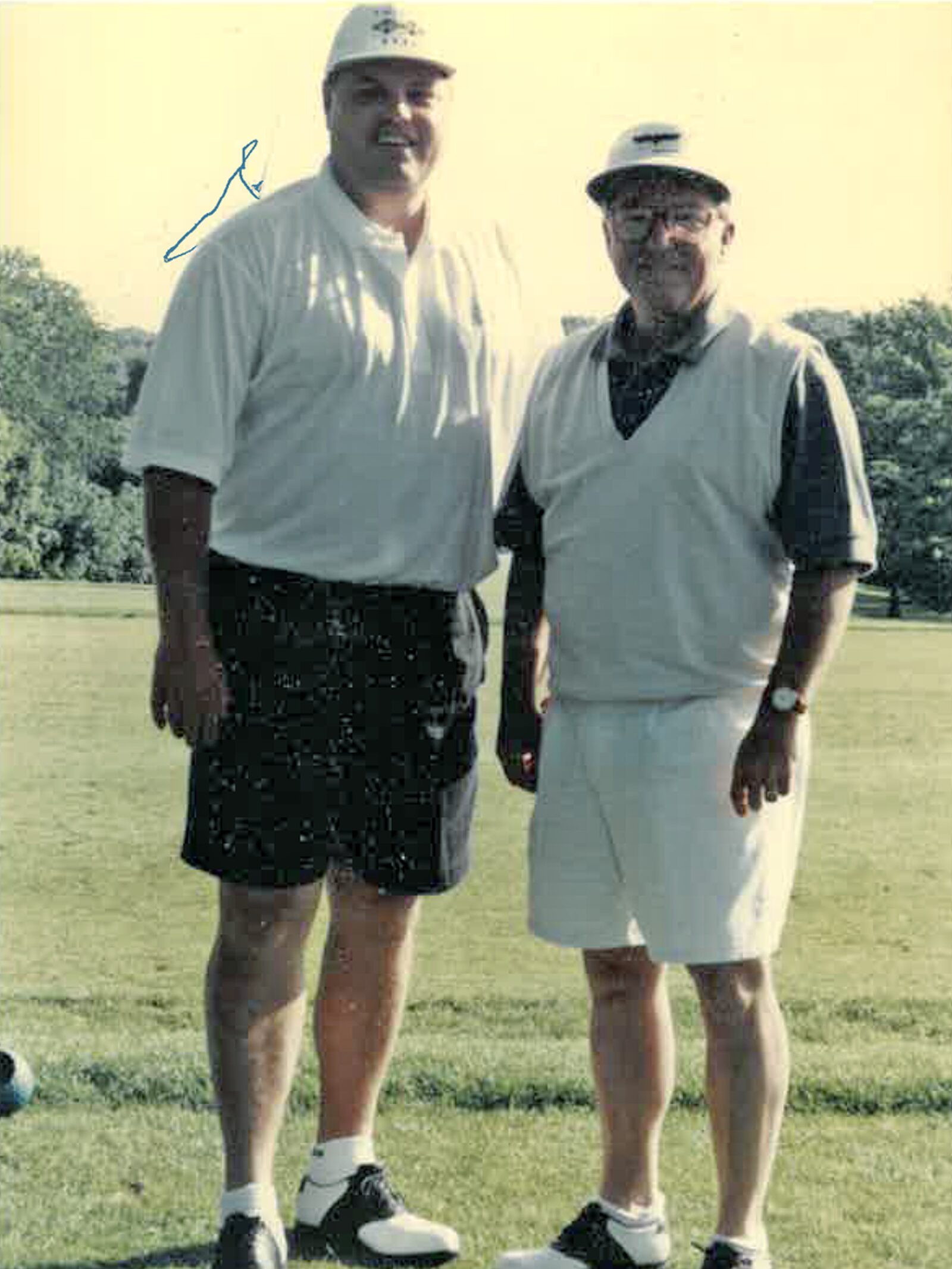 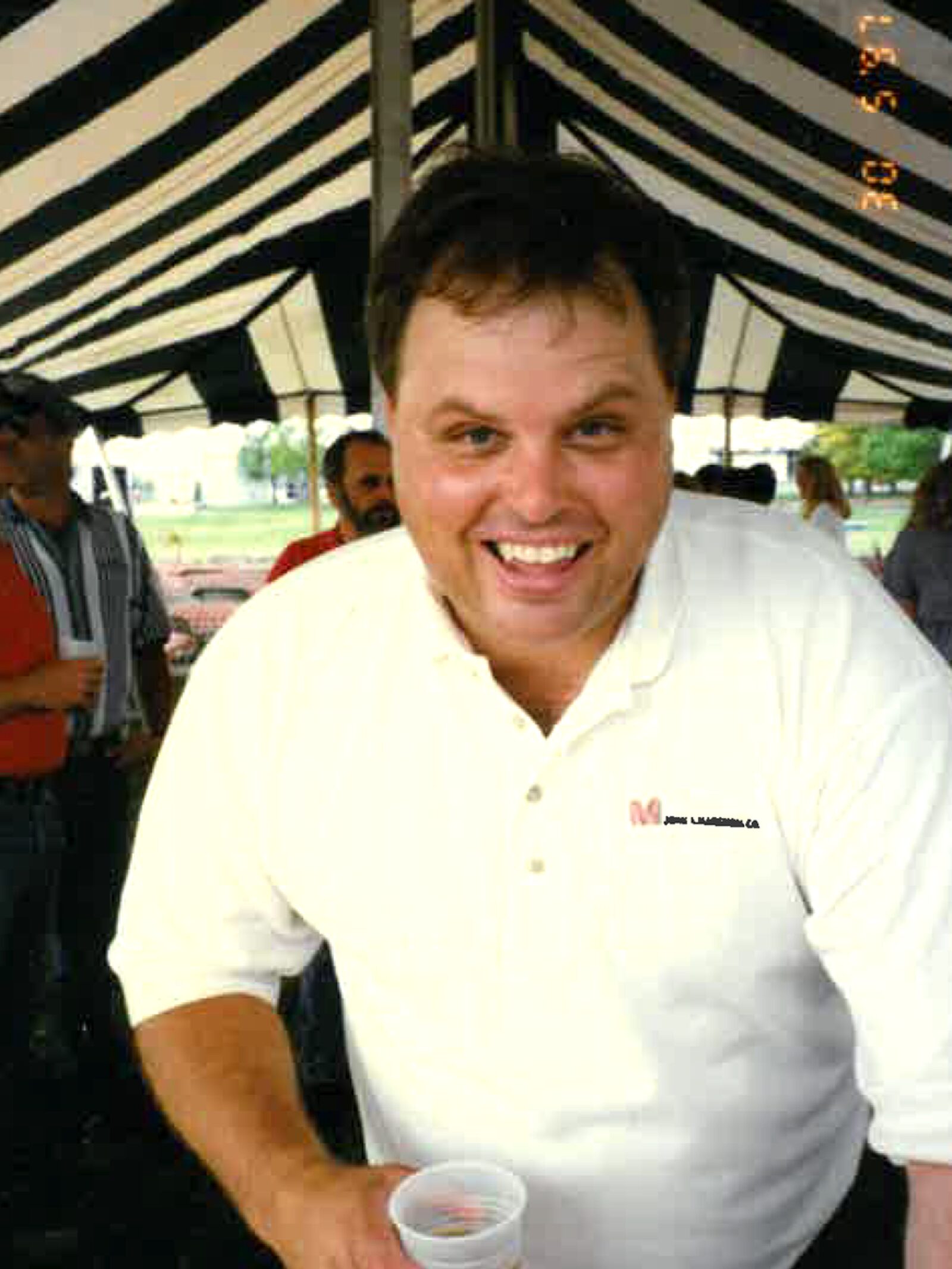 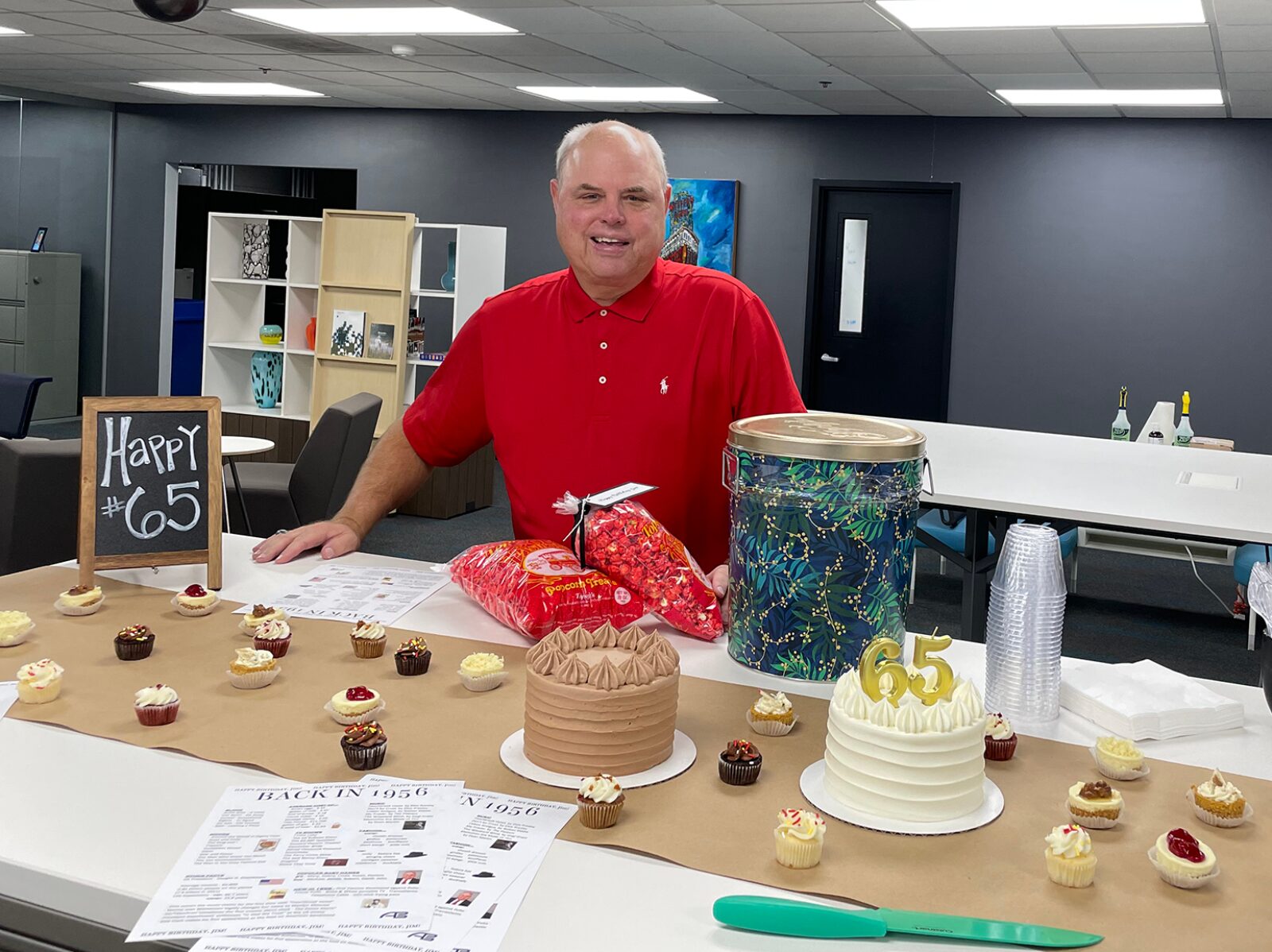 Kansas City employees honored Jim with a farewell barbecue luncheon on Monday, April 25th, where they presented him with a personalized gift from all of the divisions, and shared memories from his time with the Company. Here are a few interesting facts from Jim’s stroll down memory lane:

While Jim has relinquished his role as CFO, he will remain a Board Member and Treasurer, reviewing Company financials, preparing tax returns, and attending UMB, MAC, and Pareto Board meetings on the Company’s behalf.

“I have been blessed to work with Jim for all of my 35 years here at John A. Marshall Co.,” said President, Mark Sneed. “Our working relationship, along with our friendship, is something that I truly cherish. Respect, admiration, and loyalty are words that come to mind when I reflect on our years together. There is no one that has had more of a positive impact on this organization than Jim. He will be missed by all, especially by me.”

“Jim is not a typical CFO. His impact on John A. Marshall Co. goes far beyond the balance sheet. I’ve always admired Jim’s infinitely positive attitude and his steady approach to managing people and situations. After all he’s given to this company, his retirement is well earned, and we’ll miss his presence in the office,” said Partner, Stephen Marshall.

Bill Evans was named to the role of Chief Financial Officer, effective May 1, 2022. He joined the Company as Controller on September 3, 2019, and played an integral role as part of the Company’s executive team during this time.

Prior to John A. Marshall Co., Bill spent six years with PwC (formerly PricewaterhouseCoopers), where he performed financial statement audits. He also spent ten years working for several banks within the Kansas City area as Corporate Controller, running the accounting department, and two years with a FinTech company as CFO.

“I’m excited to join the executive management team at John A. Marshall Co.,” said Bill. “The level of success the Company has experienced over the last 40+ years is a testament to the wisdom and dedication of its prior and present leaders. I want to keep alive the tradition of building towards the future to ensure we always provide the highest quality of service for our customers and a great place to work for our employees who proudly embody the John A Marshall Co. mindset.”

He earned his Master of Accounting Degree from the University of Iowa.

“If you do your best for the Company and the Company does the best it can for you, when it comes time to part ways, you should wish each other the best, and feel good about the relationship you have had.”
John A. Marshall Co. Jim Gutschow | Chief Financial Officer (1995 - 2022)